Menu
You are here: Home1 / Education and Teaching 20162 / 3. Permanent university 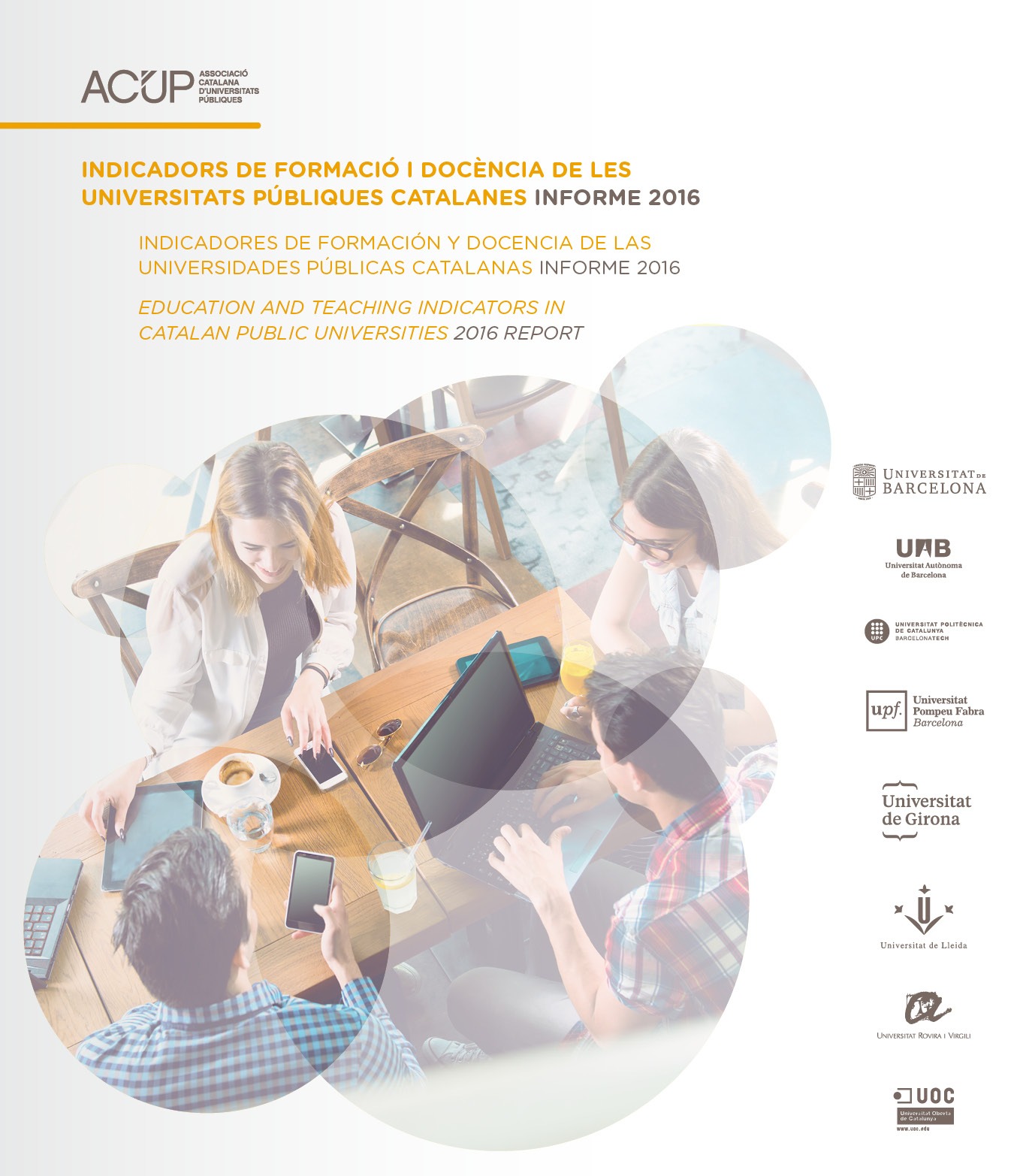 Catalan public universities are fully committed to lifelong education. To this end, in addition to the approved education courses (degrees, master’s degrees and PhDs), public universities have developed a gamut of programmes for educating all sections of society, as a response to the need to constantly expand and update knowledge and skills.

The range of permanent and ongoing training has continued to grow, and universities offer a wide range of master’s degrees and postgraduate programmes which are widely accepted and recognised. During the 2014–15 academic year, there were more than 40,000 students enrolled in such courses, with a choice of more than 2,000 highly specialised courses, which are aimed at updating and expanding knowledge geared towards the professional world.

Specialised training which is customised for business and organisations (‘in-company’ training) is also very important: during the 2014–2015 academic year, around 15,000 professionals participated in more than 400 programmes. This precise and high quality training is designed and executed according to the specific necessities of companies.

In the field of foreign languages, there has been a significant increase in demand in recent years. Apart from French, English and German, universities also offer other modern languages such as Arabic, Danish, Finnish, Greek, Hebrew, Italian, Japanese, Dutch, Norwegian, Persian, Portuguese, Russian, Swedish and Chinese. During the 2014–2015 academic year, there were more than 20,000 students enrolled in foreign language courses, more than 3,500 students in Hispanic Studies, and more than 4,000 students in Catalan courses. It is important to highlight the importance of languages in the Catalan university system, which has proposed an accreditation for three languages (Catalan, Spanish and a third language) for the completion of undergraduate studies

Similarly, there are specific programmes, such as the Study Abroad programme, which attracts students from the United States and other countries, and which had nearly 4,000 students in the 2014–2015 academic year.

The universities have also developed initiatives which are specifically aimed at seniors, such as the University of Experience, Classrooms for Seniors, senior programmes at university, the objective of which is to open up universities through courses, conferences and seminars on a very broad and diverse range of topics. Almost 10,000 people took advantage of these programmes during the 2014–2015 academic year.

The range of complementary programmes offered by the university also includes a wide choice of one-day and longer courses which take place throughout the summer. They are open to everyone and encompass a broad spectrum of disciplines. All of these initiatives provide lifelong education opportunities addressed to society as a whole.